We, members of the Pan-African Parliament, Pan-African Climate Justice Alliance having met in Midrand, South Africa, for a pre-COP 23 preparatory workshop on 21 October 2017 during the symposium on “Climate, Energy Transition and Agricultural Adaptation Finance in Africa”,

Aware that climate change represents a real threat to economic development and longterm prosperity, manifesting its adverse and catastrophic impacts on all people but especially the poorest and most vulnerable people on the continent;

Recognizing the impacts that climate change has on national poverty eradication and sustainable development strategies in African countries;

Recalling the objective of the United Nations Framework Convention on Climate Change (UNFCCC), and in particular Article 2 which provides that “stabilization of greenhouse gas concentrations in the atmosphere at a level that would prevent dangerous anthropogenic interference with the climate system within a time frame sufficient to allow ecosystems to adapt naturally to climate change, to ensure that food production is not threatened and to enable economic development to proceed in a sustainable manner;”

Further Recalling the progress made in 2015 with the adoption of the Paris Agreement stipulating the global goals on mitigation, adaptation and finance, and in particular Article 2.1a which provides for Parties to “hold the global temperature well below 2°C above preindustrial levels and to pursue efforts to limit the temperature increase to 1.5°C and Article 7.1 on the Global Goal on adaptation, which aims “to enhance adaptive capacity, strengthen resiliency and reduce vulnerability to climate change”

Recalling the sustainable development goals adopted in New York on 25th September 2015 and particularly goal 13 on combating climate change and its impacts and which affirms the UNFCCC as the primary UN institution to coordinate climate change actions;

Mindful of African Union Assembly of Heads of State and government decision 16(xxv) 2017 on Africa’s engagements in the global climate negotiations;

Acknowledging the strong leadership provided by the Committee of African Heads of State and Governments on Climate Change (CAHOSCC), the African Ministerial Conference on the Environment (AMCEN) and the African Group of Negotiators (AGN) in ensuring the continent continues to speak with one voice in climate change negotiations;

Further taking note of the AMCEN 2017 Decision 16/4 on Climate Change in particular “urging Parties to the Paris Agreement to recognise the special circumstances and needs of African countries in line with the relevant COP decisions and call on in the incoming President of the COP to continue consultations with Parties with a view to reaching a decision in that regard at the 24th session of the COP”;

Determined to protect Africa and her environment against adverse effects resulting from
climate change among other environmental challenges;

NOW RECOMMEND AS FOLLOWS:
On negotiations in general: Noting the early adoption of the Paris Agreement, calls on Parties to speed up negotiations on the Paris Rule Book to catalyse climate action and clarifying the collective efforts of Parties during the Facilitative dialogue in 2018, commitment to increasing emission reduction targets in 2020, developing methodologies to assess collective efforts in 2023 leading to 2050 net zero emissions and climate resilience.

Further the negotiations should address the following:

a. MITIGATION
Calls on the global community to continue highlighting their efforts to reduce greenhouse gas emissions, in particular from developed country Parties, in line with the global temperature goal to limit temperature increase to well below 2°C, with a target towards 1.5 °C.

b. ADAPTATION
Reflect the global responsibility for adaptation in accordance with the principles and provisions of the Convention, taking into account national adaptation planning, adaptation needs and associated costs including support for developing countries- particularly Africa as stipulated in the Paris Agreement.

c. LOSS AND DAMAGE
Note the proposals for addressing loss and damage through insurance mechanisms and call on the global community to provide resources for loss and damage and any related actions to address such losses.

d. FINANCE
Note with concern the slow approval of adaptation projects, and the lack of parity in the provision of finance between adaptation and mitigation, and reaffirm the obligation of developed country Parties to contribute in a transparent, measurable and verifiable manner towards global climate finance.

e. THE ROLE OF markets
Recognize the critical role of non-market mechanisms for African countries and call on negotiators to focus on developing frameworks for the recognition of African communities efforts leading to  emission reduction

f. The Threat to pull out of the Paris Agreement
Note with concern the threat of the Government of the United States of America to withdraw from the Paris Agreement, and in particular the implications for global climate leadership and provisions of finance to developing countries. We are, however, encouraged by the level of commitment of the USA citizens, non-state actors and some states and cities who have remained committed to work with the rest of the global community in addressing climate change.

Adopted this 21st day of October 2017 in Midrand, South Africa

The Chairperson of the 201 African Parliamentarians’ Summit held in Midrand, South
Africa, 21 October 2017.

Emissions Gap Report 2017: what is in it for Africa? 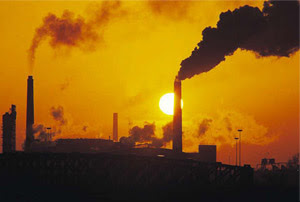 The UN Environment’s Emissions Gap report (eighth edition) has been released ahead of the UN Climate Change Conference in Bonn. Interestingly, national pledges for emission cuts towards 2030 as enshrined in the Paris Agreement would only bring the world to only one-third of the expected reductions. How does this gap get closed? What should Africa do?

The Paris Agreement looks to limit global warming to under 2 degrees Celsius, with a more ambitious goal of 1.5 degrees Celsius also on the table. Meeting these targets would reduce the likelihood of severe climate impacts that could damage human health, livelihoods and economies across the globe. For the world's most vulnerable, there is no other way of looking at this situation of negative climate change impacts. But do they really have a voice?

Yes! Africa and the rest of the world that are highly vulnerable to the negative impacts of climate change do have a voice and must be heard. We must seek new ways of doing things. We must go with our ideas, clearer ideas, to the table for discussion. We must always go prepared to negotiations and be forward-looking in our presentations. We must build synergies and look for whoever is willing to be part of a move towards saving humanity to be on our side to fight this.

African governments must engage their colleagues in the developing world. We have for a long time focused on adaptation to climate change and we will not change it in the foreseeable future. But we must also get actively involved in the mitigation discussion. We must engage whoever is willing to listen and help to urgently pursue actions that will bring deeper and more-rapid cuts in greenhouse gas emissions.

How do we achieve reductions in greenhouse gas emissions through our agriculture, for example? What about other sectors such as energy, forestry, industry and transport? What can technology do to help us to reduce green house gas emissions in Africa? Where is the technology and how do we get it? There is always the point of investment in solar energy, efficient appliances, efficient mass transport systems, afforestation and stopping deforestation. These are areas that we can take charge of and pull our resources together to make a difference in our lives and that of the whole world.

The time has come. Let's stand to be counted. We are not doing it for some people; we are saving our own lives.
Tweet 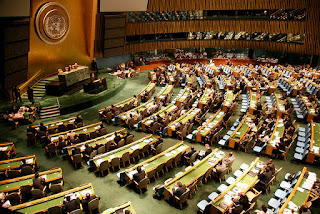 Arguably the most relevant meeting of world leaders in recent times is what took place in December 2015. That was the Paris climate conference (COP21). The hype prior to the meeting lived up to the billing as 195 countries adopted the first-ever universal, legally binding global climate deal. To me, the COP21 in Pariss was the most important and meaningful gathering in recent times.

The Paris agreement set out a global action plan to put the world on track to avoid dangerous climate change by limiting global warming to well below 2°C. One will say this has taken too long in coming. But it is true that it is better late than never. And getting things done in the global arena is very, and I mean V-E-R-Y, different from how I  run my home. This Paris agreement that is being lauded is due to enter into force in 2020. What will we doing from 2016 - 2020? That is a legitimate question to ask but not so easy to answer, it seems. What I can guess will happen in between getting the agreement and the agreement coming into force may include the following

Whilst these meetings are going on, more Greenhouse Gases (GHGs) will be getting into the atmosphere. 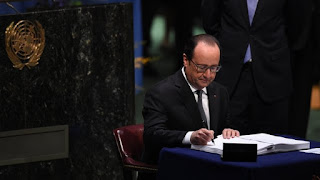 On 22 April 2016, the first meeting was held. It was a really big show for climate change. At least 34 countries representing 49% of greenhouse gas emissions formally joined the agreement, or committed to joining the agreement as early as possible this year that high-profile signing ceremony at the United Nations. Now, the historic Paris agreement has started moving closer to the critical threshold for becoming operational faster than expected. This is good news!

But the Paris agreement will only come into force when countries representing at least 55% of total greenhouse gases and 55% of the world's population join the agreement. When one looks at the countries that produce most of the worlds GHGs, China, USA, Russia, India, Japan, Canada, Mexico, Indonesia, Australia and Argentina will come up. So, if these countries that together produce about 60% of the world's GHGs sign the agreement, we will be moving faster. But things do not work so smooth when it comes to climate change committments. China, which accounts for about 20% of global emissions, says it would finalise domestic procedures to join the agreement before the G20 meeting in September. Other industrialised countries offered similar pledges to submit the agreement for approval to parliament. Fasten your seat-belts and keep your fingers crossed.

The talked about picture

A picture of USA Secretary of State John Kerry signing the Paris agreement with his granddaughter in his arms has been the most talked about picture from the grand signing ceremony. That picture really stole the show from Leonardo DiCaprio and all the over 170 world leaders who were at the UN  headquarters to sign the climate change agreement. Mr Kerry's adorable 2-year-old granddaughter Isabel was one of 197 children present at the event to represent the countries that had adopted the agreement.


That picture is just awesome. It brings two things to my mind:

The challenge which climate change poses is for now. Let's understand it as such. It is affecting us now. What we do now is what we do for ourselves.

"The challenge is to save ourselves, not someone else, but ourselves." - Peter M. Christian, President of Micronesia

Benji Apraku Gyampoh
I am a researcher, research manager and teacher. I am currently a programme manager at the African Academy of Sciences in Nairobi, Kenya, where I lead the implementation of the Climate Impacts Research Capacity and Leadership Enhancement (CIRCLE) programme as well as AAS postdoctoral fellowship programmes. I am also an affiliate lecturer at the Institute of Climate Change Adaptation (ICCA) of the University of Nairobi. My research interests are in vulnerability assessment and adaptation to climate change; water resources management; ecosystem resilience; and indigenous knowledge systems. My educational background includes a BSc in Natural Resources Management and PhD in Watershed Management. I am passionate about the development of the sciences in Africa. I am passionate about using science to improve the lives of people, especially lifting the vulnerable in our societies. I love music; listen to all music, especially live bands. I love playing the piano and researching into what inspired the composition of songs, especially hymns. I am married to Juliet and and we have two cute girls - My Love and my Twin.

Cherished Followers of This Blog